The network of immigration detention centres around the country, often known as the ‘detention estate’, is made up of Immigration Removal Centres (IRCs) and Short Term Holding Facilities (STHFs).

People can be held at residential STHFs for up to seven days before being removed from the UK, released, or moved to an IRC. People detained at IRCs are held indefinitely. People can also be held under immigration powers in prisons.

More than half are eventually released back into the community in the UK, their detention having served no purpose. 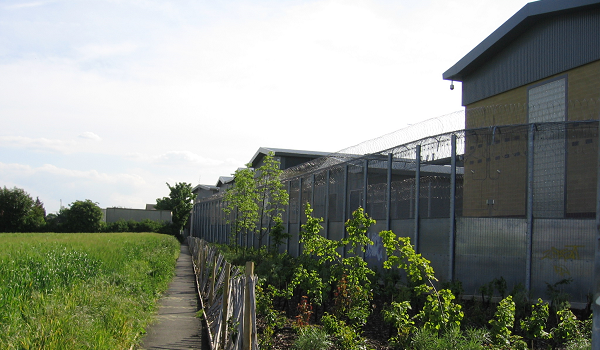 “I gave up thinking about life outside of Colnbrook. I told myself ‘Colnbrook is your home now – that is the only way to survive’. My cell became my bedroom. The canteen became my kitchen. When I look back now, it’s crazy to think how normal it became to be locked up at night, night after night after night.”

“They gave me no reasons why I was at Harmondsworth IRC or how long I would stay. The monthly reports they sent me just said they were waiting to hear back from the embassy. But I knew that without a passport or ID card, the embassy would not give them travel documents. I knew it, the embassy knew it, the Home Office knew it, everybody knew it.”

“Their interest in removing you will always outweigh your vulnerability, there is no contest there. I saw loads of vulnerable people inside Morton Hall. Lots of psychotic episodes, people self-harming because they were so depressed. I saw someone cut their throat in front of me.”

People often have deportation proceedings brought against them following prison sentences. Many of these people are then kept in prison indefinitely under immigration powers following the end of their sentences.

People held in prison are being held under the same powers as people in IRCs, but they tend to have stricter conditions. For example, they are not allowed phones, visiting is harder, they do not have legal surgeries, and lack access to vulnerability screenings (R35) that apply in IRCs.

“Once you’ve served your sentence, you’ve paid your debt to society, you should be freed. Instead, migrants with convictions to their name serve double sentences.”

For information on visiting and support groups for detention centres around the country, see AVID’s website.

Sajid Javid has taken over at the Home Office following Amber Rudd’s resignation over her handling of the Windrush scandal.